Tuhin A. Sinha is a best-selling author and politician. Tuhin is acknowledged among the most prolific Indian writers with a maverick knack to experiment with new genres. He has authored 10 books now. His last book, When the Chief Fell in Love with an interesting tagline- Kashmiri at, Insanity, Jamhooriyat… Hindustani at, was in news recently as the solution outlined in the book for the Kashmir problem was uncannily similar to the one initiated by the government with the abrogation of Article 370 and 35A and reorganization of the state. Tuhin has been a national media panelist and spokesperson of BJP. As an articulate speaker, he brings a lot of objectivity to the high decibel TV debates with his structured, nuanced arguments 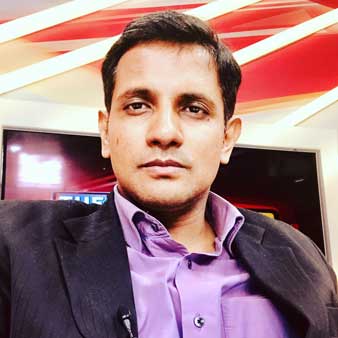 Tuhin Sinha on Is this Ram Rajya?

This book has been written by Tuhin sharma who is not just a prolific author but also a successful politician. Clarifying the misunderstanding of people when they hear the words Ram Rajya he has said that Ram Rajya is not associated with any religion or politics. In fact the very constitution of India was based on the concept of Ram Rajya. He says Ram Rajya means a governance of the country which keeps the wellbeing of the common citizens in mind. The leadership of such a Ram Rajya keeps aside their own self and sees to the development of the country while leading from the front line.

Tuhin says that he has likened the current rule of Prime Minister Modi to Ram Rajya because of the way that he has been governing the country from the frontline. His visit to the laboratories where the Corona vaccine is being made to the decisions taken by him regarding Kashmir, all prove that he is a leader capable of bringing Ram Rajya to India and hence Tuhin has kept the title of his book – Is this Ram Rajya.