For this actor, as Shakespeare once said, “all the world’s a stage”. Kabir Bedi’s career spans across Bollywood, Europe and Hollywood. He is best known for his European series Sandokan, the American television series The Bold and the Beautiful, the James Bond film Octopussy, and his Bollywood blockbuster Khoon Bhari Maang. In the theatre, he has played Othello, Tughlaq, Abraham and Shah Jahan.

For his lifetime achievements, he was bestowed Italy’s highest civilian honour “Cavaliere”, a Knighthood. He is also a voting member of the Academy that Awards the Oscars.

Recently, he published his best-selling memoir “Stories I Must Tell; The Emotiona Life of an Actor” to great critical acclaim. The adventurous journey of a middleclass boy from Delhi who became an international star. He also talks of his relationships, as well-known as his work in films. A radio broadcaster, advertising film-maker, voice-over specialist, event presenter, motivational speaker, international actor, and now author. 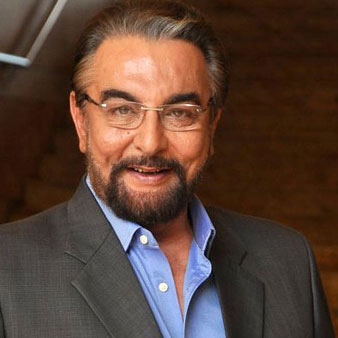