She has been involved in the creative media for over two decades.

Her career as a producer and director of TV show as well as Marathi films is worthy of praise as her directorial debut she undertook Sri Adhikari brothers television network limited Marathi serial "Damini". "Damini" created history by making a mark as the first Marathi daily soap which completed 1500 episode. It achieved the highest rating points on Doordarshan regional Network and has retained the top slot ever since. 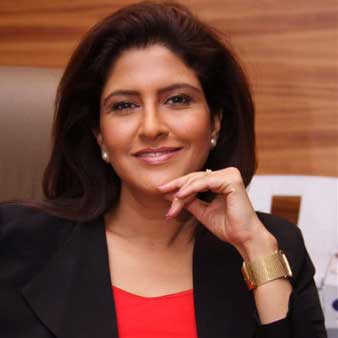 Marathi film space was separated regarding the language as well as far as substance. Local films zeroed in on hyperlocal settings or substance, making the motion pictures look burned and tiresome. With the approach of comparable innovations worldwide even the territorial films have moved upon the world film platform and began giving globalized yield. Furthermore, presently after the Covid-19 the circumstance of the Marathi films as opposed for getting hampered as it fit well. Individuals have now begun appreciating various films like various cooking styles, as they get an incentive for cash by the fresh substance conveyed by extraordinary entertainers and incredible contents. OTT's have been a piece step-protective for a long time towards local and anyway even they couldn't stop their craving and rivalry towards purchasing distinctive substance to fulfill their requirements of the purchaser.

India with its demography, dialects and ethos is from numerous points of view a government nation where each state has its yearning of provincial substance; the lone issue has been that it wasn't arriving at it to the masses. Marathi films advanced and will change against evolving time.