Diana Chambers graduated in Art History from UC Berkeley, worked at a Paris translation agency, then began an Asian importing business. Her experiences led to scriptwriting for various US and international productions. At some point, her characters began demanding their own novels. Her latest, The Star of India, was published in 2020 by Penguin Random House India to widespread acclaim. Based on the true story of a rising Hollywood actress and a Cambridge-educated maharaja during the tumultuous last days of Royal India, the novel has drawn strong interest from major producers and global platforms. Diana has appeared at many literary events and is honored to be presenting again at the 2021 Orange City Literature Fest. A member of the Writers Guild of America, Mystery Writers of America, and past president of Sisters in Crime-NorCal, she lives in Northern California with her family. dianarchambers.com. 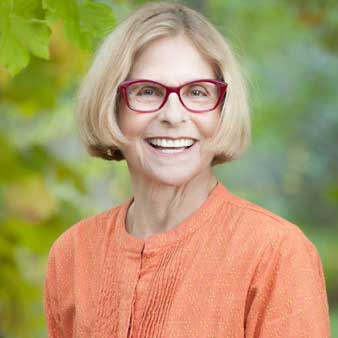 Diana R. Chambers on “THE STAR OF INDIA: From Story to Screen In Conversation with ​ Kshitij Kokas

“I think the story explains how the fascinating time of Hollywood connects to the end-of-the-British Raj in India. The sentiment of "The following Lana Turner" and a Cambridge-taught maharaja undermines his realm during the last days before Independence. A fictionalized account, The Star of India, depends on the genuine sentiment between a rising youthful entertainer and a Cambridge-taught war legend and leader of an antiquated territory. It is 1946 Hollywood, and it sparkles when the swank Maharaja of Cooch Behar, Jagaddipendra Narayan, meets Star of Tomorrow Nancy Valentine. Nancy was sent back home during India's fast approach to Independence. Amid the force battles of each political, illustrious, and strict group, Nancy is snared in a hurricane of interest, surveillance, and endeavored murder. Maharaja goes under great weight from his exquisite and imposing mother, Indira of Cooch Behar, who accepts his union with an outsider will debilitate the family's situation with their kin and make them helpless against an administration takeover. While developing resistance to the couple's association, the state's mythical Mughal Ruby vanishes, and its revile will vanish them all. From the glamour of Hollywood to the rich offices of Indian eminence, The Star of India weaves an energetic story of a solid willed lady whose destiny was profoundly laced with the pivotal birth of present-day India.”