Dharmendar Kanwar is a much awarded travel writer who began writing professionally soon after her graduation. She has done scripts for television documentaries and contributed stories and photographs to almost all the major magazines and newspapers in the country. Dharmendar was closely associated with Rajmata Gayatri Devi and is Managing Trustee of Maharaja Sawai Jai Singh Benevolent Trust, a charitable Trust started by the late Rajmata. She is also Convenor of the Jaipur Chapter of INTACH. 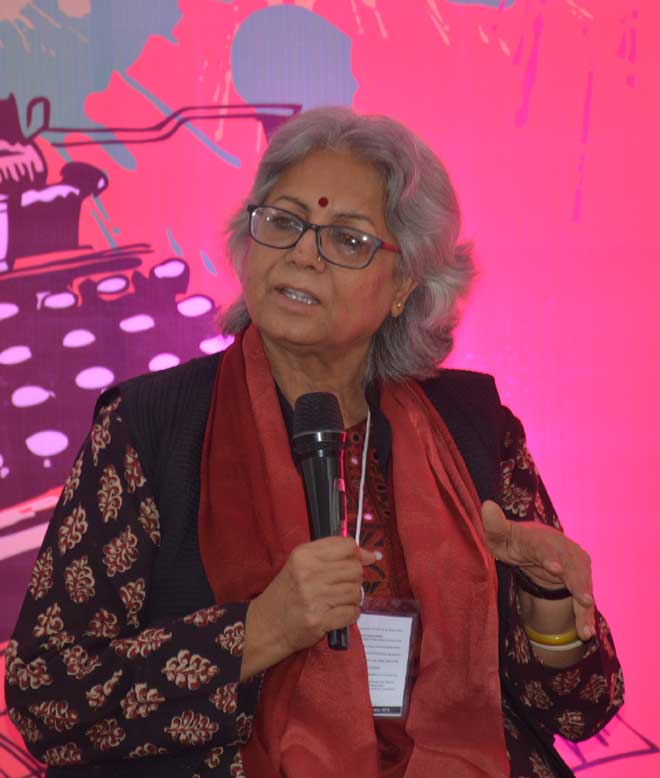 My experience of writing the biography of Rajmata Gayatri Devi

Rajmata’s status as one of the most beautiful women in the world, her romance and marriage to Jaipur's dashing maharaja, Sawai Man Singh, the classic "Golden Couple" and their lifestyle among the international jet set. Gayatri Devi is an insider's account of the life and times of one of India's most charismatic and enduring royals. Even though much of the book, heavily pictorial, retraces history, there are plenty of nuggets hidden in the hagiography to make for an interesting read. For instance, it is not generally known why her mother Maharani Indira Devi of Cooch Behar first named her Princess Ayesha.

Growing up with a Muslim name called for much comment but the reason was commonplace. Indira Devi happened to be reading Rider Haggard's classic novel, before Gayatri Devi was born and named her after the book's heroine. It was only after their return to India from London that court astrologers decreed her name should start with the letter G.

The author offers a rare glimpse into the relationship between Gayatri Devi and Man Singh's other wives, known formally as First Her Highness and Second Her Highness, how they remained in the background and, barring a few rocky moments, had a close rapport with Gayatri Devi and never contested her ascendancy.

The most interesting part of the book concerns Gayatri Devi's life in Jaipur as the new maharani and how the royals and subjects took to her unconventional ways. Those days no maharani wore slacks in public, drove car, sported bobbed hair, went horseback riding and played squash and tennis apart from polo and shikar. Much of Gayatri Devi's lifestyle, her cordial relationship with the other wives and her eventual prominence was due to her husband, an enlightened ruler who was pretty unconventional himself in terms of attitude and protocol. This book is, in that sense, as much a tribute to him as it is to his glamorous and gorgeous wife. Ultimately it serves to remind us that Gayatri Devi was much more than a "glass doll", as Indira Gandhi once called her.