Vinay Nalwa is an author and columnist. She has a Masters's degree in Social Work and a PhD in Sociology. She has worked extensively on gender-specific mental health issues also. She has written extensively on various socio-political issues on major media platforms. She has co-authored the book 'Ramjanmabhoomi: Truth, Evidence, Faith'. Her forthcoming book is on the inquisition and liberation of Goa. She is a senior fellow with Delhi based think tank Vichar Vinimay Kendra 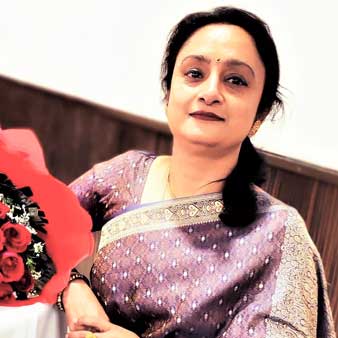 What happened to Hindu Temples: Is Ramajnamabhoomi a trailblazer?

DR. Vinay Nalwa: Indian temple architecture was marvelous that’s why Islamic Invaders made temples their primary target to destroy. For Hindus Temples are as sacred as GOD. Everything in temples happens according to Hindu scriptures and manuals. Temples are a medium to connect spirituality; it is the physical manifestation of the divine. Temples are the focus of everyday Hindu life be it social, educational or spiritual. Author Dharmpal wrote a book about temples mentioning how every temple had a school attached to it. In addition to this rich temples were supporting advanced studies. Festivals, spiritual debates & discussion, religious and social congregation were an important part of Temple’s affairs. Temple helps in the economy of a community or village. Temple is representation of highest values. Temples are an inevitable part of Hindu Society. To talk about Ram Mandir, there is many direct and indirect evidence to prove its existence. William Finch, in his book, mentions many monuments in India including Ram Mandir. Joseph Thaler wrote a book saying how Baber destroyed Ram Mandir to demean Hindus. King Vikramaditya came searching Ayodhya when it was deserted. He rejuvenated the forest and built the Ramgarh fort.

Arun Anand: Islamic and foreign invaders attacked cultural symbols i.e. temple to hurt Hindu sentiments and reign over this huge country. To break and demoralize the Hindu Community, those temples were broken down. We wrote in our book that this is a war of civilization and its ideology. One ideology says that "you must follow our step then you are good otherwise face the consequences. Religious conversion was a very big point to be noted here. Muslims did things bluntly whereas Christian missionaries did little sophistically. Our textbook never talks about the brutalities done by Islamic invaders. Why? This was biased on the academic side.