Vikram Sood, a career intelligence officer for thirty-one years who retired in March 2003 after heading the R&AW, is currently an adviser at the Observer Research Foundation, an independent public-policy think tank based in New Delhi. He writes regularly on security, foreign relations, and strategic issues in journals and newspapers and has contributed chapters related to security, China, intelligence, and India's neighborhood to books published in the last few years. He is an Author of Best selling Books The Unending Game (2018) and The Ultimate Goal, (2020) 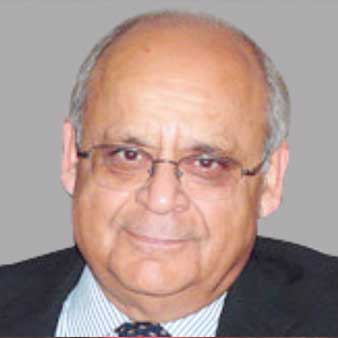 The Ultimate Goal and the construction of narratives

In order to build India's narrative to acknowledge and convey the idea that the nation i.e. India has a human progress and legacy that is a lot bigger and more established than its new history.

It is a given that the US and a few vote based systems across the world are avowedly Christian, regardless of whether Christianity isn't their state religion. It is a given that they will draw from their public ethos from their biggest religion. The fascinating inquiry we pose here that – would Indian legislators be estimated by a similar measuring stick with regards to Hinduism, the largest religion in India, in authority or state addresses? The appropriate response is no.

Christianity and popular government can coincide, yet not Hinduism and majority rules system. Here I am unfolding with my experience, mastery, and expert foundation to unload the path ahead, making the book an extremely fascinating one, to be sure. Making accounts and ideal discernments doesn't occur unintentionally. There should be a plan to do as such and should be worked at additional time.

Since India's had generally one political party in control throughout the long term a specific story was given trustworthiness. The foundation, media, the scholarly world, expressions of the human experience all became all-good like bits of a jigsaw to make an image that those in the workplace needed to project.