Harpreet Grover and Vibhore Goyal met in college and then spent the next decade of their lives building a company before exiting successfully.

One way to tell their story is this: they had a dream, they followed it and, then, through perseverance, they made it come true.

But that's not really the truth. Like everything in life-at least everything worth having-it wasn't that simple. There was blood, sweat and tears, there was loss of capital, loss of friendship and even a loss of faith along the way.

It started with a phone call from Harpreet's mother introducing him to an uncle who wanted some help. Or maybe it started when Vibhore and Harpreet met as roommates in Room 143 at IIT Bombay. What remains true is that soon both had quit their jobs and launched CoCubes. From no money in their bank accounts for eight years after graduating to becoming dollar millionaires two years later in 2016, this is a tale of grit-of a company built in India by two Indian-middle-class-twenty-somethings-turned-entrepreneurs-written in the hope that you can avoid the mistakes they made and learn from what they did right.

This is that story-the story that you don't always hear. But if you want to be an entrepreneur, and you prefer straight talk to sugar-coating, it's one you should read. 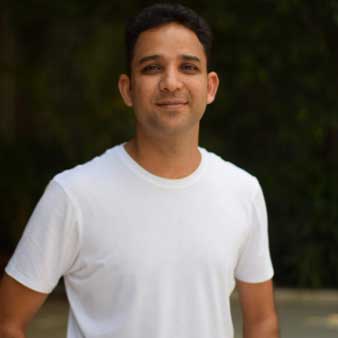 Harpreet Singh: We had a fantasy, we followed it and, at that point, through persistence, we made it work out. However, that is not generally reality. Like everything in life-at any rate all that value having-it wasn't so straightforward. There was hard labor, there was loss of capital, loss of fellowship and even a deficiency of confidence en route. It began with a call from my mom acquainting him with an uncle who needed some assistance. Or then again perhaps it began when Vibhore and I met as flatmates in Room 143 at IIT Bombay. What stays genuine is that soon both had stopped our positions and dispatched CoCubes.

Vibhor Goyal: From no cash in our financial balances for a very long time in the wake of graduating to turning out to be dollar tycoons two years after the fact in 2016, this is a story of coarseness of an organization worked in India by us two Indian-working class-20-year-olds turned-business visionaries written with the expectation that you can dodge the slip-ups we made and gain from what we did well. This is that story-the story that you don't generally hear. However, in the event that you need to be a business person, and you lean toward straight converse with glossing over, it's one you should pursue.