Sarbpreet Singh is a writer, podcaster and commentator. He is also the author of the bestselling The Camel Merchant of Philadelphia, and the writer-narrator of the Story of The Sikhs podcast which has listeners in over ninety countries. You can follow him on Twitter: @sarbpreetsingh. 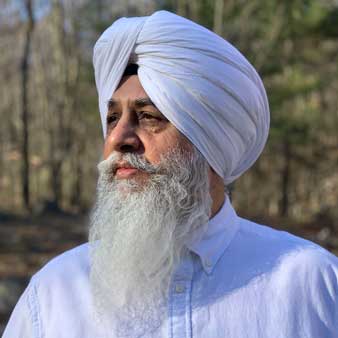 Let’s Talk About - Night of the Restless Spirits

Reacting to the unrest in my heart, I composed "Kultar's Mime" a sonnet that catches the injury of youngsters who saw their folks being butchered. The book is an expansion and fictionalized variant of genuine happenings involving only eight parts. Not for the timid, Night of the Restless Spirits, shows the occasions of 1984 through the crystal of numerous lives and investigates its sweeping effect on individuals from the network just as on non-Sikhs related to them. It was difficult to dive into the complexities of these occasions and find some kind of harmony.

There was never a motivating force for any gathering to discuss it — neither the culprits who permitted things to turn crazy nor the casualties who had consistently distinguished themselves as champions and protectors of the frail, since India's commencement.

With this book, I attempted to contact the delicacy of life, survivor's blame, horde mindset and the intensity of one's still, small voice and its whimsicalness, to draw out the best and most exceedingly terrible of human instinct.