He started as a railway correspondent and grew up to cover railway budget in Parliament. He was the first journalist in India in 1991 to start writing a column called “Deccan Queen” in the then newspaper called “The Daily” and few of his strong followers includes the then DRM A Ramji of Central Railway and the then GM E Sridharan, known as India’s Metro Man.

Raghu Raman is also an amazing motivational and inspirational speaker, just as he is an accomplished master of ceremonies and moderator of public debates. His invigorating techniques to maximize mental power and bring the focus on optimum utility of one’s potential has been greatly admired. 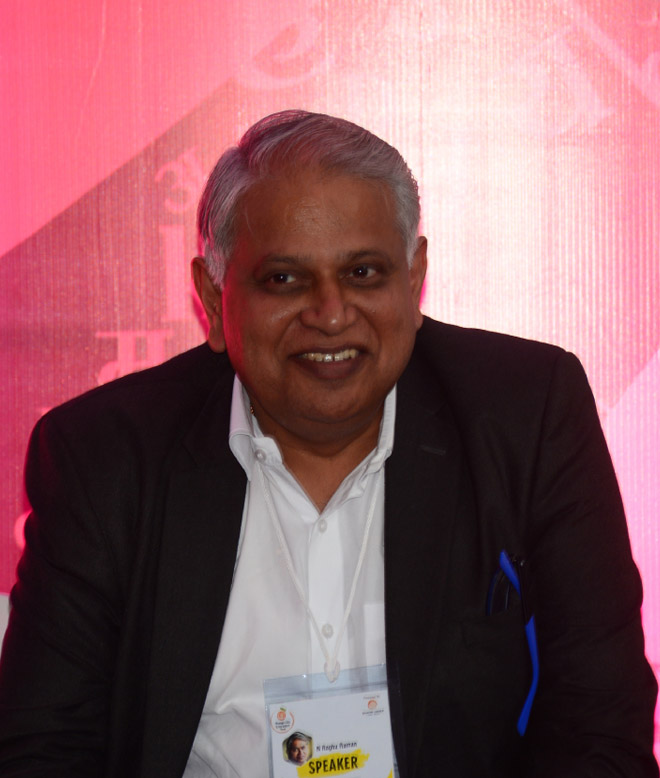 Spirituality is a way of life more than a trending Business

In modern times, the term both spread to other religious traditions and broadened to refer to a wider range of experience, including a range of esoteric traditions and religious traditions. Modern usages tend to refer to a subjective experience of a sacred dimension and the "deepest values and meanings by which people live", often in a context separate from organized religious institutions, such as a belief in a supernatural (beyond the known and observable) realm, personal growth, a quest for an ultimate or sacred meaning.

Empathy and Humanity Has huge scope in Market Place

Empathy is the ability to ‘feel with' another person, to identity with them and sense what they're experiencing. It's sometimes seen as the ability to ‘read' other people's emotions, or the ability to imagine what they're feeling, by ‘putting yourself in their shoes.' In other words, empathy is seen as a cognitive ability, along the same lines as the ability to imagine future scenarios or to solve problems based on previous experience. Without empathy, people tend to go about life without considering how other people feel or what they may be thinking. Each of us has differing perspectives. We all experience moods, pain and hurt, joy and sadness. And we are so limited when we only see our own perspective. Without taking a moment to assess another, it is easy to make assumptions and jump to conclusions. This often leads to misunderstandings, bad feelings, conflict, poor morale, and even divorce. People do not feel heard or understood. When we think of the word humanity, perhaps we don’t just think about the beautiful aspects people are capable of bringing to fruition, but we may also think of the terrible qualities that arise out of the darkest corners of some people’s hearts. Life lessons should teach us to remain humble. Life lessons should teach us that it’s okay to struggle, its okay to cry. It should not teach us that it’s okay to act cruelly to others or let our spite and egos get the best of us. We must practice empathy, kindness, patience, and humility every day. That is the importance of humanity.