A surgeon by profession, a writer by heart and a bird in spirit, Piorre Hart is forever in flight on the wings of imagination, soaring into the virtual realms of words and verses.

She thrives on books, on chai, on fictionalising philosophy and philosophising fiction.She has been writing since she was eight; dabbling in various forms of the craft. Her poems and short stories have found their place in various magazines and anthologies.Her first novel “ Where There’s A Will… ” won the first prize at the manuscript contest held at Pune International Literary Festival, 2016 and has received rave reviews.She is currently working on its sequel. Her second novel “Dial T for Terror ” is a techno-political thriller which has been getting consistently great reviews. 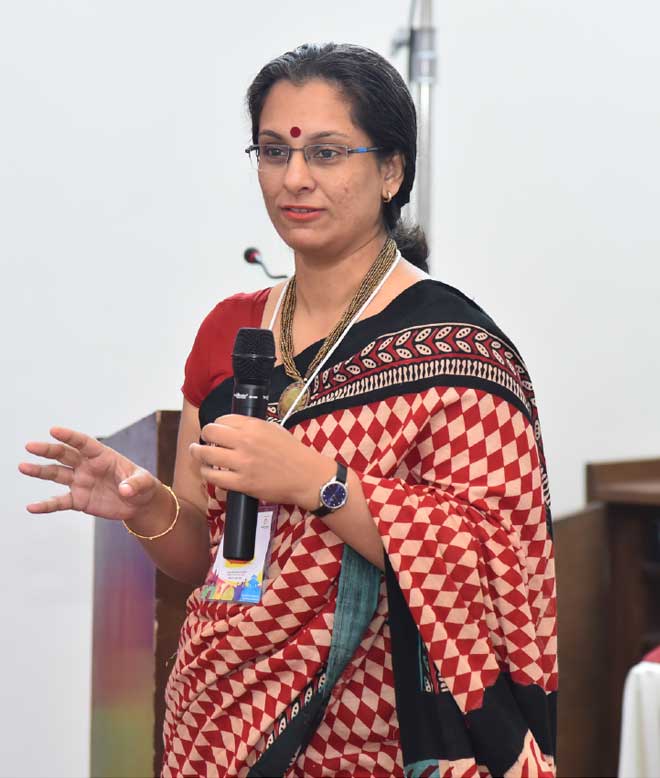 Well Versed Go, prime that rhyme. Get neater with the meter. Have fun with pun...Poetry Session

Poetry is one of the most powerful forms of writing because it takes the English language, a language we believe we know, and transforms it. Suddenly the words do not sound the same or mean the same. The pattern of the sentences sound new and melodious. It is truly another language exclusively for the writer and the reader. No poem can be read in the same way, because the words mean something different to each of us.

For this reason, many find poetry and elusive art form. However, the issue in understanding poetry lies in how you read poetry. Reading it logically results in an overall comprehension, rigid and unchanging. However, reading it emotionally allows the nuances and paradoxes to enter our understanding. Anyone who writes poetry can attest, you have to write it with an open heart. So as a reader, we must do the same. All poems are insights into the most intimate inner workings of the writer's mind and soul. To read it coldly and rationally would be shutting the door on the relationship that the writer is attempting to forge with you. Opening your heart to poetry is the only way to get fulfillment from it.

If you imagine poetry as a journey, you must be willing to trust the writer to guide you. Unwilling readers will never experience every part of the adventure in the same way open minded readers do. The journey may be filled with dead ends and suffering or endless joy and happiness. And still, you go. You pick up the poem, you read, you listen, and you feel.

So reach for the pen, and let go of those things that have been burdening your freedom. Read poetry with your heart and let it affect you. The answer to our questions about the meaning of life, and the purpose of pain were written in poems. They have always been there.