Nitin Jairam Gadkari is an Indian politician and businessman from Maharashtra who is the current Minister for Road Transport & Highways and the Minister of Micro, Small and Medium Enterprises in the Government of India. Gadkari earlier served as the President of the Bharatiya Janata Party (BJP) from 2009 to 2013.He is also known for his work as the Public Works Department Minister of the State of Maharashtra, where, under his leadership, a series of roads, highways and flyovers across the state were constructed – including the Mumbai-Pune Expressway, India's first six-lane concrete, high-speed expressway. Gadkari is closely associated with the Rashtriya Swayamsevak Sangh (RSS), which is headquartered in his home constituency of Nagpur. He currently represents the Nagpur constituency in the Lok Sabha, and is a lawyer and industrialist by occupation. 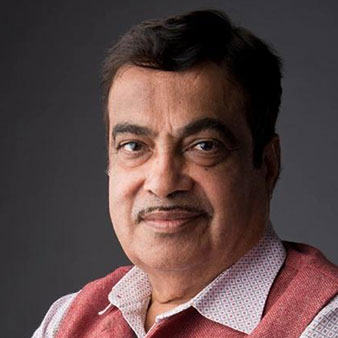