Nandini Sen Gupta is a Pondicherry-based journalist and writer. She already has several fiction and non-fiction titles to her credit. Her first published title was the non-fiction Babies from the Heart (published by Random House India). Her first two novels, The King Within and The Poisoned Heart – part of a historical fiction trilogy on the Gupta Empire published by HarperCollins India – are already out and the third book is due in the summer of 2021. Her first historical fiction title for young readers titled The Story of Kalidas: The Gem among Poets (published by Eicher Goodearth Publications) hit the stands last December and her next book -- a historical non-fiction title for young adult readers for Hachette India -- will debut this November. She is currently researching medieval India for a narrative historical non-fiction book for Penguin India. 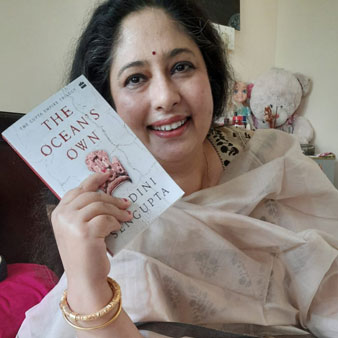 Panel on - Historical Fiction - A sneak Peak into the past

Let's talk about the role of Animals in History

To talk about History, it is brimming with accounts of well-known individuals and their affection for their pet creatures. Huge numbers of them, similar to English King Edward VII for instance, had ordinary pets like ponies and canines. Be that as it may, some had extraordinary pets like grizzlies, gazelles or even giraffes. Interestingly, history discloses to us a large number of these figures were known for their outrageous remorselessness or mercilessness. Caligula and Genghis Khan are figures that rouse detesting and dread even today. But, in spite of all the bloodlust, frenzy and flighty displeasure, they actually had enough heart left in them to adore a creature, regardless of whether transitorily. Just demonstrates that it takes a creature to show people—even sovereigns and pharaohs—the significance of genuine humankind.

Old Egyptians kept various pets like felines, canines, primates, monkeys, birds of prey, and even mongoose and hippos. Felines obviously were the most preferred and the discipline for deliberately executing a feline was passing. Canines also were well known pets. They were utilized for chasing and guarding homes, and we're here and there embalmed also. Old Egyptians would frequently shave off the entirety of their hair, including their eyebrows, to show their pain for the demise of a pet.