Mita Kapur is the founder and CEO of Siyahi, India’s leading literary consultancy. Her first book, The F- Word, is a food book, memoir and travelogue. She has edited Chillies and Porridge: Writing Food, an anthology of essays on food. As a freelance journalist, she writes regularly for different newspapers and magazines on social and development issues along with travel, food and lifestyle. She has received many awards, including the Femina Women Super Achiever Award (2018) at the World HRD Congress, the Maharani Gayatri Devi Award for Woman of Excellence (2014), and the Karamveer Puruskar (2009) for her work as a journalist in creating social awareness and for being the best literary consultant in the country. She curated Masala Chowk, a food court in street food in Jaipur in 2018, and was a member of the executive council for Jawahar Kala Kendra from November 2016 - October 2018. She is also the producer for the Woman Up! Summit, and Soul Connect Experiences, and was producer for Mountain Echoes – The Bhutan festival of Art, Literature and Culture (2010-2019). Mita is currently Literary Director for the JCB Prize for Literature. 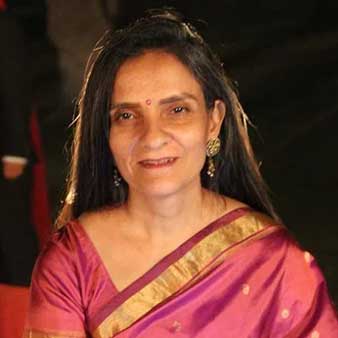 The Journey ,Tradition and Culture of Indian Food

I learned a lot in childhood as I grew up viewing my sister cook, watching her beat a batter of cake by hand; make the most delicious lamb and chicken dishes. Indeed, even the easiest of dals had enchanted flavors when she cooked. That was my first prologue to cooking. I began cooking while I was in school and was remaining with my father since he was on an exchange and my mother being a specialist couldn't move with us. That was the pleasant part! I began heating and consuming cakes and made a great deal of consistent food just to show our cooking talent.

I get into every single opening which I find interesting any place I go – I eat where the individuals of that city eat, I go to their vegetable and natural product markets, I continually bring back certain fixings that are local, I explore different avenues regarding them – this makes a difference.