Minnie Vaid has juggled multiple roles over a three-decade stint in mainstream media. She is a print and television journalist, a documentary filmmaker, creative producer for feature films and more recently, author of three non-fiction books, A Doctor to Defend: The BinayakSen Story (2011) Iron Irom: Two Journeys (2013) and The Ant in the Ear of the Elephant (2016). Her areas of interest include social and political issues in rural India, human rights, the environment and gender. 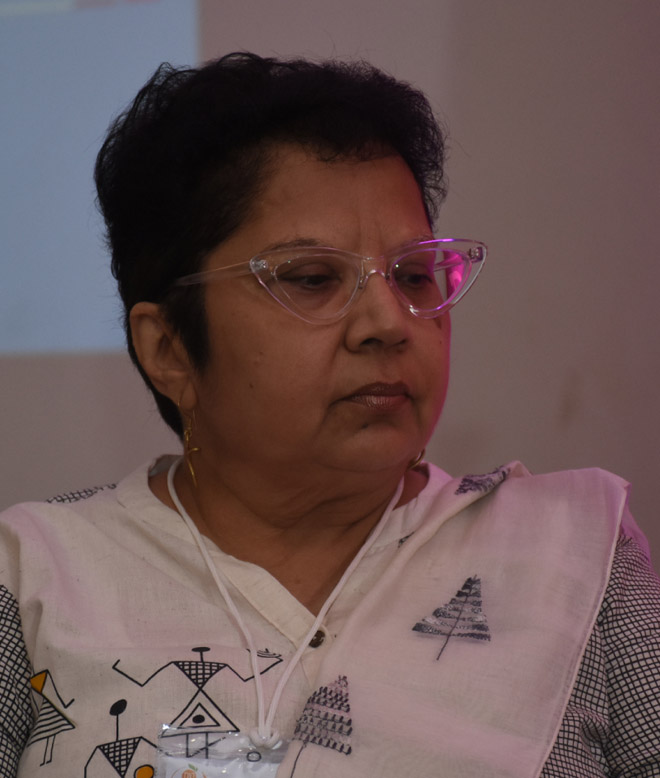 Women are contributing in every field. Contribution of Indian women scientist in Space exploration is momentous. I thought why not bring their contribution in limelight by writing the book, so did I write. To write precise experiences I had to visit them. Marriages, children and house hold chores that the women, this stereotype have been shattered by these ISRO women. They are intelligent and confident. They do have their personal life managing well with their projects. They work hard on their project because they know there is no easy second chance and that too on meagre budget. They are true examples of unconventional women in conventional world.

Those Magnificent Women and their Flying Machines: ISRO'S Mission to Mars - Minnie Vaid in Conversation with Barkha Mathur

I didn’t know much about the women scientists involved in the Mars mission or the others working at ISRO. I was struck by the iconic photograph of a bunch of sari-clad women (with flowers in their hair) congratulating each other when Mangalyaan was a success. Later it was clarified that they were administrative staff, but their pride was valid. Two years later, I was invited for a women achievers conclave by the Indian Women Network, Confederation of Indian Industry, in Mumbai. Among the speakers were three Mangalyaan scientists — Ritu Karidhal, Moumita Datta and Minal Sampath. I listened to them talk about how they ‘balanced’ their work and families and the germ of an idea for a book sprouted in my head. From that to the published book was a long journey but the interactions with the women scientists at ISRO was the most rewarding part for me.

I have written about the women scientists in an engaging way — using human stories, family members’ comments, and male bosses’ interpretation of women scientists’ contribution. These are remarkable stories of grit and determination. They have more to do with gender than pure science. I hope that will be attraction enough.

I am specifically targeting young girls who want to pursue a career in STEM and who are told that ‘science is not for girls’. The ISRO scientists are shining role models for every girl who dreams of becoming a scientist or an astronaut. They deserve far more attention. I thought that the work they do at ISRO, quietly and efficiently, and the way they lead their lives, was a larger story well worth telling.