Kiran Khalap juggles three passions and one career (brand consulting).His passions include writing, rock climbing and spiritual evolution. The first four years (1979 to 1983) Of his working life were spent as a schoolteacher in a co-educational residential school, in Benaras,India, run by the J Krishnamurti Foundation India. He is the winner of the Asian Age Indo-UK Short Story writing Competition, 1995. Previous novels include Halfway up the Mountain (2003) and Two Pronouns and a Verb (2012).

He was the very first speaker at TED University at TED’s first Indian meet in 2009 and at TEDx Bandra In 2017. He regularly conducts workshops on creativity and branding. 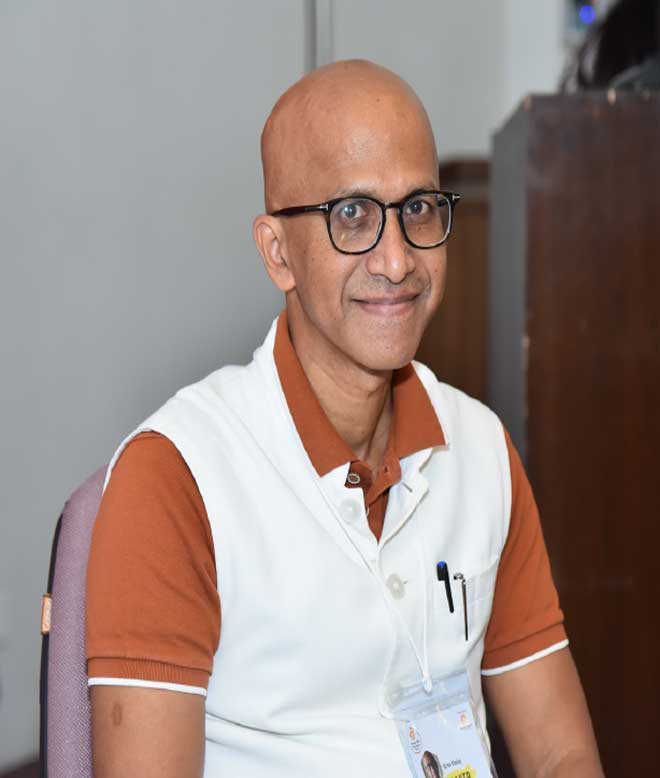 Chawl-life in Mumbai as a unique way of life

My book is set in the historic BDD chawls in Mumbai, a society that has been the epicenter for violence and fights for recognition; 'Black River Run' is the story of Bhuva.

A taxi driver by profession, Bhuva moves between two worlds- the 'eye' nation, that constitutes the English speaking elite of Mumbai and the 'ear' nation, mostly made of people who speak the rest of the languages, struggling to be at par with the brutality of life, the ultimate goal being survival.

But it is not only Bhuva that has your attention in this book. There are characters from different echelons of the society, characters that have a story you will want to know. As the story progresses, Bhuva-the hero of the chawl gets entangled in a murder mystery that tests the loyalty of the people living in this iconic chawl.

Bhuva, a Dalit taxi driver is also a reader of Dashbodh- written by Saint Samantha Ramdas, and recites or takes inspiration from its lines from time to time. The book is divided into short chapters, moving between multiple characters the book holds. More than the story, it is Bhuva and his engagement with people, his actions and beliefs that attract a reader's attention. The sheer number of characters can be overwhelming at first, but the story comes together gracefully.

'Black River Run' is about Mumbai chawls and the violence that lies underneath. We get see the life in this place, different from what we privileged souls are used to, but very grounded and honest.