Gauri Sawant is a transgender activist from Mumbai, India. She is the director of Sakshi Char Chowghi that helps transgender people and people with HIV/AIDS. She was featured in an ad by Vicks. She was made the goodwill ambassador of Election Commission in Maharashtra. 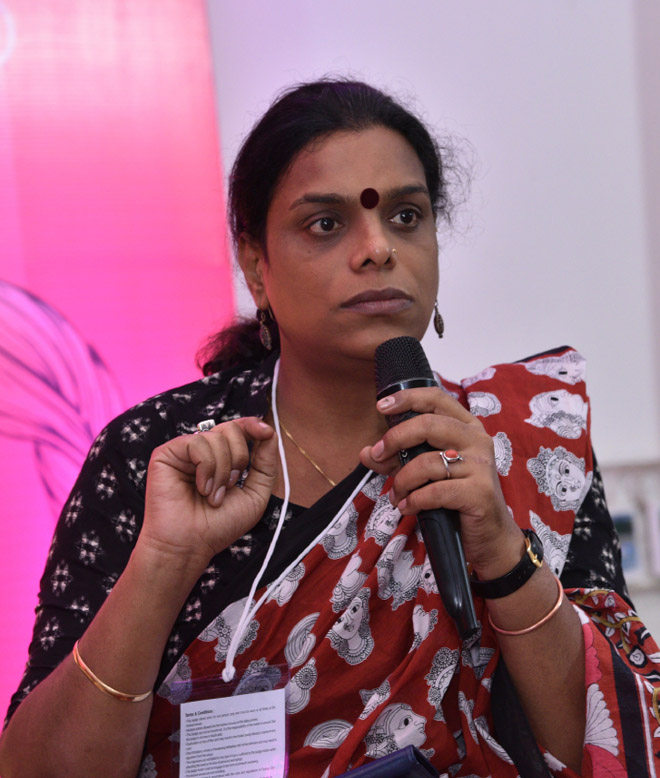 My journey from a transgender to An Activist in Society

I was born in Bhavanipeth in Pune as Ganesh Sawant, as a police officer's son, being raised in an even more masochistic environment than normal, in the sarkari quarters. My mother didn't want me to come into this world, and even tried to get an abortion in the seventh month. But the doctor told her that this baby was now so evolved and strong that one couldn’t destroy her even if she were slammed against a wall. It was into such yes-and-no back-and-forth circumstances that I was born, so I also turned out with an equally confused gender identity.

My behavior was so effeminate that anybody and everybody would make fun of me, calling me names. Dad would fire bullets at work and come home to a son that everyone made fun of. He was not always like this. When I was young, like every other father, he would take me on bike rides and love me equally. But there has never been any discourse in my family about sexuality, gender etc.; they were not sensitized at all. Once, my father told me, ‘Tu road pe taali bajaate ghoomega’. It hurt me a lot. This other time, when I called him for some work, my 'hello' itself was different, so he told me, ‘Kya hijre jaisa baat karta hai ’ (why do you talk like a eunuch?) So, I never answered the phone when he would call.

While adopting Gayatri I didn’t know that I would become a mother, that I would raise her and be narrating my story one day. Now I’m working with 1,000 to 2,000 people for sensitization about their legal rights and STDs, is actively involved in the running of a shelter for young Trans-individuals who are turned away by family.

Fighting with the myth called equality

LGBT community is seeing light the end of the tunnel. Discrimination persists and anti-discrimination laws are absent in work places. This, clearly, is a reminder that while 6 September 2018 is historic, it is more about basic rights. It's not about equity or equality, but more an allowance to have sex. Several activists and lawyers within the community felt that the right to own and inherit property, nominate their same-sex partners on hospital and insurance forms, and receive legal recognition of same sex relationships and marriage were areas that needed urgent attention.