With 40 years of continuous journey in the gastronomic industry, Chef Soundararajan has set new benchmarks of culinary excellence. He is the Founder General Secretary of the Indian Federation of Culinary Associations and Honorary Member of the WORLDCHEFS(There are only 128 honorary members in the world). He was also instrumental in founding South India Chefs Association and also currently, the President mentor of SICA. A recipient of the National Award as the Best Chef of India from the Ministry of Tourism, Government of India, Chef Soundararajan takes great efforts to invite highly acclaimed international chefs to impart their culinary skills to aspiring chefs in India. Served as the Corporate Executive chef and instrumental in setting up F&B operations for the worlds second-largest holiday company. As a corporate Executive Chef of Mahindra holidays, he was instrumental in setting up F&B operations at their 50 resorts. and has served as the Executive chef of the Hyderabad House, New Delhi, the official Guesthouse of the PM of India.

He has an Honorary Doctorate from Vel’s University in Hospitality Management D.Litt., is a WACS certified chef, is certified in World Cuisine from the Culinary Institute of America, a fellowship from the St. Nicholls University Louisiana. He co-founded the Young chefs Association of India, Founder General Secretary of Chefs Guild of India. He has founded Chef Soundar Culinary Academy and Culinary Vision Private Limited.

He has also got an Award from FSSAI, Ministry of Health for promoting Eat right Movement. He also jointly holds the Guinness Book of Records for creating a restaurant at the highest the altitude of the earth. www.chefsoundar.com 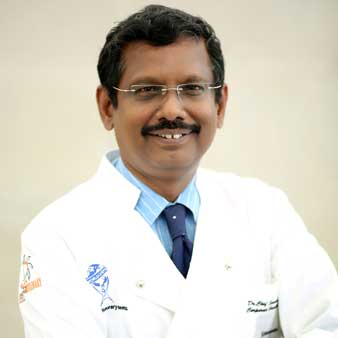 Just like any other field mastery in the culinary field requires a lot of study and practice. If you really want to become a master chef then it is necessary to know the more than 100 methods of cooking. These methods include grilling, broiling, sautéing, frying, roasting, baking etc. Only if you have a thorough hold of these cooking methods can you become a master chef. The other thing that you need to learn is kitchen knife skills, and the presenter of the program has a 120 knives in his kitchen and has learned how to use the skillfully.

Apart from mastering the skills involved in cooking a chef also needs to be a good manager.From inventory management in the kitchen to managing the kitchen staff come under the duties of a master chef. This is the essential part that separates a cook and a chef. It is a good idea to read books and journals written by renowned chefs in order to learn all the skills required to be a good chef.