Balwant Moreshwar Purandare (born 29 July 1922) Pune popularly known as Babasaheb Purandare is a writer and theatre personality from Maharashtra, India. He was awarded with Padma Vibhushan, India's second highest civilian award on 25 January 2019. His works are mostly based on the events related to the life of Shivaji, the 17th-century founder of the Maratha Empire as a result he is termed as Shiv-Shahir ("Shivaji's bard"). He is mostly known for his popular play on Shivaji, Jaanta Raja which was popular not only in Maharashtra but also in Andhra Pradesh and Goa. Purandare has also studied the history of the Peshwas of Pune. He is also known for his significant contribution along with Madhav Deshpande & Madhav Mehere as senior party leaders in the early-1970s of Shiv Sena along with Bal Thackeray [citation needed]. In 2015, he was awarded with Maharashtra Bhushan Award, Maharashtra's highest civilian award 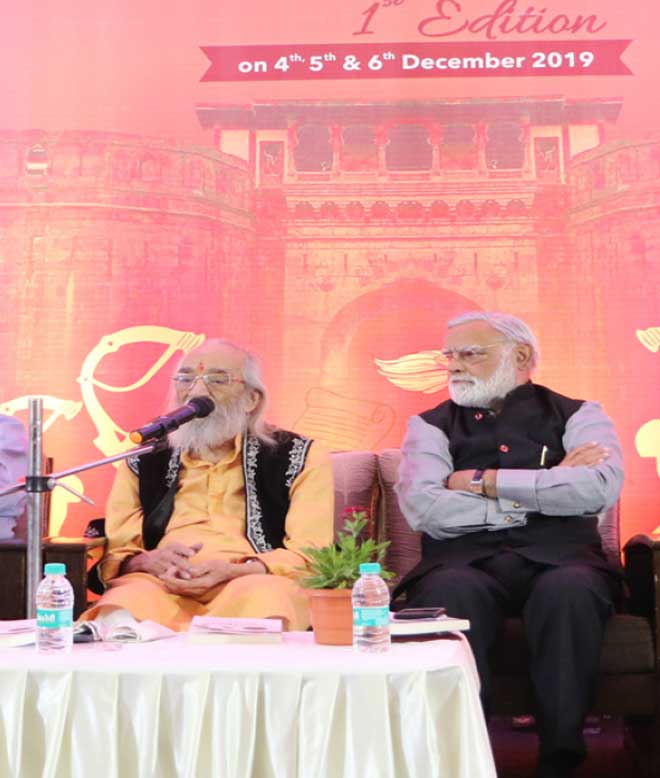 I intent to speak hindi but I can’t. I’m not very habituated for that. Chhatrapati Shivaji maharaj liked books. In his father’s court there were around 23 different language speakers. Once a man name Jayaram Pende came to his court and wrote a poem in hindi on him. From early time literature was cared for in India. There were many books kept in Raigad but everything burned in a fire in 1885. Foreigner have praised our literary richness saying we have highly intelligent writers since beginning. Even one Englishman said that these people didn’t know about their great king

We need a dedication for literature. In 1626, near pune there was a village named kondhava it’s still there. There, to resolve water crises it was decided to build a dam connecting two hill tops. But there was a huge rock at the bottom which needs to be removed, but who will do this job? There was a young boy named Yesha kamthe he was give this task and agreed upon finishing it. In time he did job well. When he was offered money he respectfully denied to take it. We need to make our literature task dedicated like Yesha kamthe. The publication and writing should never stop. It must go on until we are here. 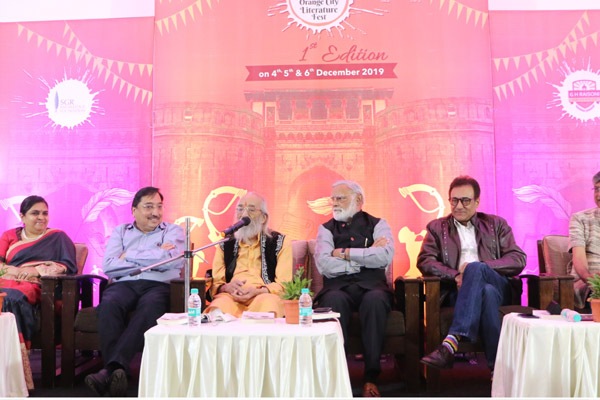