Arun Maira was part of Tata Administrative Service for twenty-five years and worked at various important positions in the Tata Group till 1989. He was the CEO of Tata Industries from 1977 to 1979 in Malaysia. He was a board member of Tata Motors from 1981 to 1989. He was resident director from 1981 to 1986 and executive director in corporate office from 1987 to 1989. He played a key part in the Tata Motors’ successful entry into the light commercial vehicle (LCV) segment. After leaving the Tata Group, he worked with Arthur D. Little in the US for ten years where he was leader of the Global Strategy and Organization Practice and managing director of Innovation Associates. In 2000, Arun Maira returned to India and held the position of chairman of Boston Consulting Group till April 2008. He served as a member of India’s Planning Commission from 2009 to 2014. Arun Maira is a thought leader and an author of several books on organizational and societal change. He has served on the boards of several companies, civil society organizations and education institutions. Presently, he is the chairman of Help Age International. 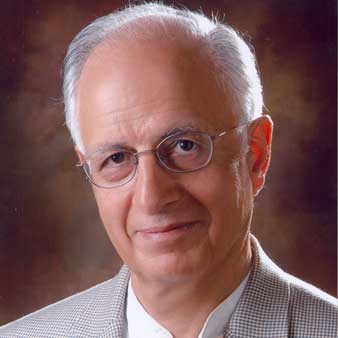 I’m pleased to be here. World is going to have challenges and uncertainty. It’s not only a medical problem but also economics has disrupted. Solution doctor gave us is to keep social distance and keep proper hygiene. To treat COVID-19 patients Doctors cease looking at other patients. We need firm leaders in this time of crisis. There is a question of what models of leadership we need. Older people are mostly affected with COVID-19. My organization is actually a network where we value older people because they are indispensable resources. Older people are not a burden but they have wisdom through their trials and errors they made in their lives. Vietnam has done a good job in fighting COVID – 19. Older people can be leaders but leaders of different kinds. My mother in her last year used to say that I want to add life to my remaining years. Learning and curiosity are important. Learning is the essence of living. I joined Tata Administrative Services not to earn but serve people. At that time there wasn't a B-School but you have learned everything from Tata Leaders. I was interested in painting and Art. We need to have the ability to learn what we want to do. Leadership will come from those who learn and lead others to learn. I was a part of learning at TATA where learning was essential. By learning we progress. We are going to be “Atmanirbhar” only when we learn things in a way how it works. Whatever we learn in B-School will not be usable in 5 years so consistent learning is must.