A TEDx speaker and marketing consultant settled in Mumbai, ANUJ TIWARI was brought up on the bustling streets of Bareilly. Tiwari studied in a Hindi-Sanskrit medium school where there were no English books. Seeing the kids of his neighborhood reading colorful storybooks, he started building dreams of being able to read in English; however, he kept those dreams to himself. Despite going through six months of depression and severe anxiety and trying to give up on his life in college, Tiwari is now the bestselling author of five books, inspired by real-life incidents. He has also been listed as one of the top ten most influential authors in India from 2016. 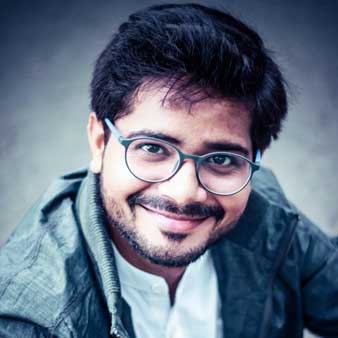 Panel on "Crime Fiction - an instigator or Inhibitor"

Abeer Kapoor: Crime Fictions are a gift of the Colonial period. British has actually a great font for detective crime fiction which gave rise to Sherlock Holmes so if you are in police you should have to read Sherlock Holmes. Detective fiction began in the Lahore area at the time of British. Bengal had its own version of Sherlock i.e. Byomkesh Bakshi. Crime fiction is rooted in reality. Detective stories have long histories in India. It has a long regional response too. For me crime fiction means history of place and time, history of people and region. England has done an amazing job in terms of Crime fiction. There is always a relation between a detective fiction, crime fiction and setting. The detective searches for clues, often makes mistakes, may identify the wrong party, but eventually solves the crime. The goal is for the audience to piece the clues together while the detective works.

Anuj Tiwari: My stories are inspired from true stories. The crime we face on a daily basis is motivation for me to write. Time has changed and story brands have been established. I would still like to read old crime fiction sold on railway stations because it still has a charm. All new stories, if you look, have their root in those old stories. Time may have changed but the core of the story will remain the same. We cannot count the importance of stories by the number of pages and its price but through the essence of stories. Crime fiction is bestselling genres and the most borrowed from public libraries. One of the reasons I believe crime fiction is popular is because people are fascinated by human behavior.

Tanushree Poddar: Crime fiction is actually challenging the readers to pick intelligence against the author. Maximum number of Twists makes the book more interesting. I must say that contemporary life is reflected in crime fiction. Crime fiction also tries to bring social issues at some point in the story. One of my books has highlighted many issues that exist in Bollywood. The atmosphere in which we write mysteries is very important. In one of my stories I created a fictional city of which idea I got while being on travel. Taking a story forward is a challenge.